Why one man said Biden “would get his head blown off” 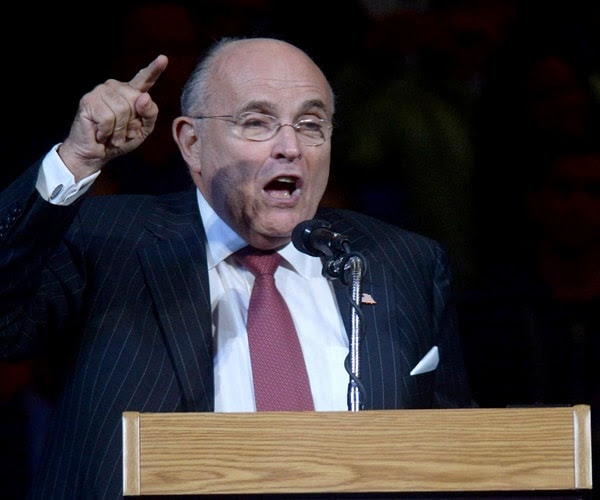 “You have power over your mind — not outside events. Realize this, and you will find strength.”

When will Giuliani be allowed to practice law again in New York?

Rudy Giuliani, who received his law license in 1969, just had it revoked in New York State, officials say. He came under fire for making “demonstrably false and misleading statements to courts, lawmakers and the public,” when it came to the 2020 election results, an appeals court found.

“These false statements were made to improperly bolster (Giuliani’s) narrative that due to widespread voter fraud, victory in the 2020 United States presidential election was stolen from his client [former President Donald Trump],” officials said.

They continued: “We conclude that [the] respondent’s conduct immediately threatens the public interest and warrants interim suspension from the practice of law.”

Giuliani’s lawyers, were, understandably, not satisfied with the move.

“Our client does not pose a present danger to the public interest,” they said. “We believe that once the issues are fully explored at a hearing Mr. Giuliani will be reinstated as a valued member of the legal profession that he has served so well in his many capacities for so many years.”

What else do we know about the decision at this time?

And what do you think about the suspension? Are you outraged, or do you believe it was the right move? Reply back and let me know.

An anonymous customer left a $16,000 tip at a restaurant

Here are seven simple ways to actually double your money

Why one man said Biden “would get his head blown off”

Will the Supreme Court overturn Roe v. Wade? This is where things stand

How to Invest in Cryptocurrencies

There’s no doubt that the cryptocurrency space has seen astronomical growth over the last few months. And with multinational corporate backing pouring in – from companies like J.P. Morgan and MasterCard – it’s hard to deny that cryptos are here to stay. The only trick is getting a foot in the door before other investors take notice. Check out this special report to get started…

These are the top market happenings to know this morning

Futures pointed to stock market gains this morning after President Joe Biden announced that he achieved a bipartisan deal on infrastructure yesterday. That $579 billion compromise allocates $312 billion for roads and bridges, with another $266 billion for power and broadband. Lawmakers are still trying to determine how they will pay for it all.

Investors are awaiting the release of the latest personal consumption expenditures index — one of the Fed’s favorite ways to gauge inflation. The government is slated to release that report this morning.

Meanwhile, in Florida, the search continues for almost 100 people after a condominium building collapsed Thursday morning. So far, one person has died.

What else should you be aware of this morning?

How does this dead woman’s cell phone help solve the mystery of her murder?

Here are the top highlights of the upcoming U.S. Navy week

What led to the epic rescue of this golden retriever?

How big is the world’s largest Rubik’s cube that was just assembled at a mall?

What motivated this plague of grasshoppers to take over the U.S. West?

Why does NASA want to send mannequins to the moon?