On this day, in 1897, the Dow Jones Industrial Average closed at a record low… Can you guess what that number was? 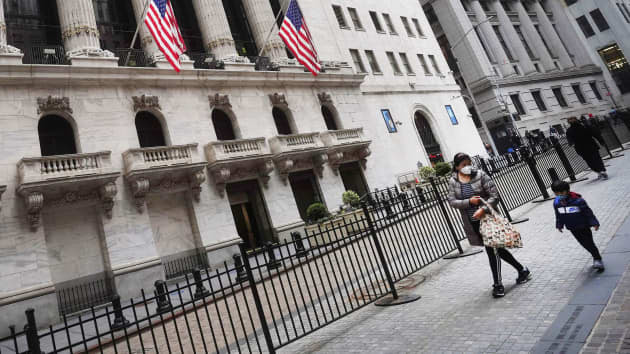 Stock futures slipped this morning and the 10-year Treasury yield held steady, beneath 1.6%. Meanwhile, shares of Coca-Cola increased during premarket trading after the company shared a stellar earnings report Monday. The largest digital currency was trading around $56,000 this morning.

Also this morning, the CEO of GameStop, George Sherman, announced his resignation, shares of the video game store increased 8% on the news.

Meanwhile, police are investigating a Tesla crash over the weekend that left two men dead. Officials said that no one appeared to be driving the vehicle when it crashed into a tree (more on that story, below). Shares of Tesla dropped about 1.5% during premarket trading.

And, finally, the U.S. hit a major vaccine milestone, even as the global death toll surpassed 3 million this weekend.

In order to work in the growing space industry, hiring needs to expand

Why are consumers being warned to stop using this Peloton product?

How many adults have been vaccinated so far?

Why did this Christian college sue the Biden administration?

What student loan forgiveness proposals are on the table right now?

The oldest living American has died – she was 116 years old 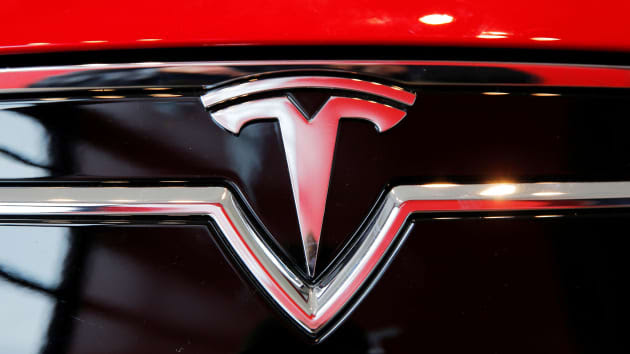 Two men are dead after a Tesla crashed into a tree and caught fire in Texas on Saturday evening. Firefighters apparently needed 32,000 gallons to suppress the blaze, and the effort took hours. One of the men was found in the front passenger seat, while the other was in the back passenger seat. Although they are still in the preliminary part of their investigation, officials say they don’t believe anyone was in the driver’s seat at the time of the crash.

According to the New York Times, the men’s wives said their husbands had mentioned the vehicle’s Autopilot feature before their drive. Tesla’s automated driving systems go by the brand names “Autopilot” and “Full Self-driving.”

A couple of months ago, Elon Musk said during an interview: “I think Autopilot’s getting good enough that you won’t need to drive most of the time unless you really want to.”

But Tesla lawyers apparently disagree, saying that neither system is autonomous.

And in its owners’ manuals, Tesla warns: “The currently enabled features require active driver supervision and do not make the vehicle autonomous.”

Brian Stelter, of CNN, wins for the ‘most self-unaware post of the day’

How many Americans want special counsel to investigate Hunter Biden?