Do you know what the January effect is? And if you do know, do you think we’ll see it this January?

5 things you need to know before the market opens today 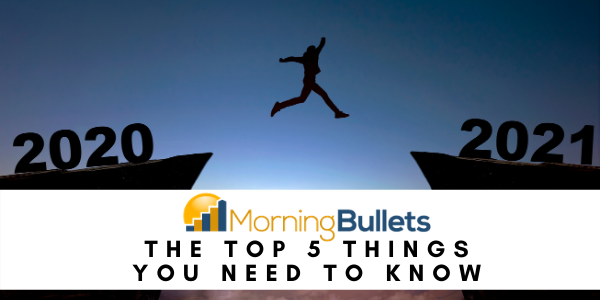 Though the New Year began with record highs on Wall Street, the market quickly tumbled, with the Dow Jones Industrial Average and the S&P 500 dropping 1.3% and 1.5%, respectively. Investors cited anxiety about today’s Senate runoff election in Georgia, as well as worries over the rampant virus cases, as the big causes behind the selloff.

Today Republican Senators David Perdue and Kelly Loeffler face off against Democratic challengers Jon Ossoff and Raphael Warnock in an election that will ultimately determine the tilt of Senate control.

Meanwhile, President Donald Trump announced his plan to “fight like hell” for reelection, asking for support from Republican lawmakers during the joint session of Congress tomorrow that would certify the Electoral College results. His supporters will protest on his behalf this evening and into tomorrow.

And England has entered a new national lockdown in an effort to contain the spread of the pandemic.

What else should you know about the market today?

This is the latest law proposed by Cuomo

Here is a powerful money lesson from Bill Gates

The good and the bad of the vaccine rollout

This is why Haven is disbanding

Which senators just got a boost from big donors? 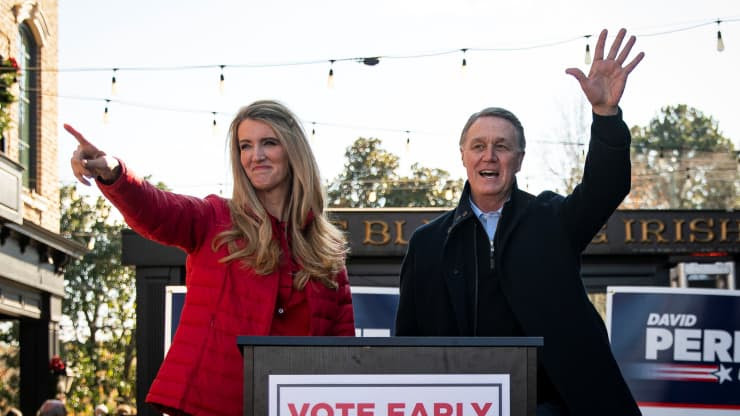 Though it came a little late in the game, donors have given quite a large sum of money to Republican Senators Kelly Loeffler and David Perdue ahead of the runoff election today, a race that will determine the tilt of power in the Senate. Much of Joe Biden’s legislative priorities hinge on today’s results.

Investors are concerned that a Democrat-concerned Senate would mean more regulations on Wall Street.

“It will be a money war,” a finance executive said back in November. “That said, many Wall Streeters like the split government.”

34 stocks making moves in today’s pre-market session
The 74 biggest movers from yesterday’s trading
5 stocks you should keep your eye on today
This is why the National Guard was just mobilized in DC
McConnell and Pelosi’s homes were vandalized – what you
need to know
Why did Moore travel even though she tested positive?