Name a time that Musk’s tweet caused shares of a stock to plummet?

Hint: You can find the answer in one of today’s articles! You can also double check your answer at the bottom of this email.

This is how the GameStop trade unravels 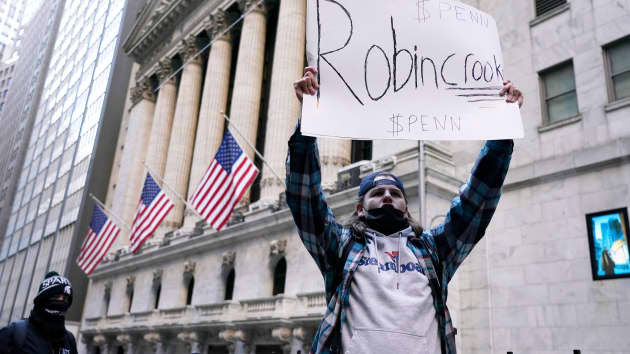 The David and Goliath narrative playing out right now between retail investors and hedge funds as they fight over GameStop stock can only end one way, experts say.

Shares eventually stop increasing. Either the shorts lose steam and give up, or the big regulators and brokers get involved.

And even as hedge funds are shoring up billions, it is still considered a heavily-shorted stock, with borrowed shares accounting for over 120% of the total available.

“Is this a new platform for investors to make decisions, does it even the playing field?” asked a lecturer at Boston University. “You could argue that what happened with Reddit is them putting the shorts on check, and that’s a positive.”

What else should you be prepared for when it comes to the GameStop outcome?

Will NYC restaurants be open on Valentine’s Day?

This is how many construction jobs Biden killed on day one

What is going on with the massive stimulus package?

Why did the lights go out at the Washington Monument?
This is what MAGA and the GameStop uprising have in common

The truth on how to make serious money

This is why Musk is the Zoella of public markets 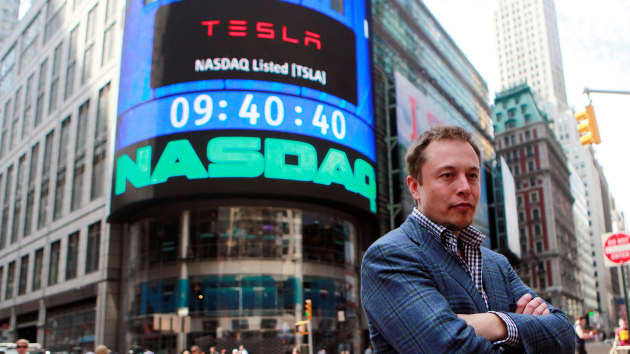 Imagine if your Twitter handle had the power to shift the stock market. Elon Musk, the CEO of both Tesla and SpaceX and the second wealthiest person in the world, has exactly that kind of power.

In this past week alone, his words have had a massive impact on stocks. His Twitter bio now says “#bitcoin,” and on Friday the digital currency’s value skyrocketed to $38,566.

“Gamestonk!!” he tweeted on Tuesday, accompanied by a link to the reddit thread that is fueling the GameStop uprising. That stock’s valuation eventually surpassed $10 billion.

“I kinda love Etsy,” he wrote later that same day, triggering a 9% increase in shares.

One tech investor compared Musk to Zoella, saying “the public markets now have influencers like fitness and beauty do.”

“Regulators don’t just need to catch up, they need to proactively enforce rules and clarify what is acceptable,” Dan Lane, of Freetrade, said. “…The reality is that the new brand of charismatic leader has a public platform now and isn’t confined to the boardroom. It’s up to regulators how they deal with that but, eventually, the onus will be on them to update the rule book.”

The Supreme Court just handed Trump another win
New documents prove that the FBI lied
5 stocks you should keep your eye on today
How to protect yourself in a crazy stock market
Is it possible to earn Social Security without working?
Why these four Democrats are singing a new tune about Biden