It wasn’t that long ago when, on February 5, the Dow Jones Industrial Average suffered its worst point loss ever. Can you guess the year? 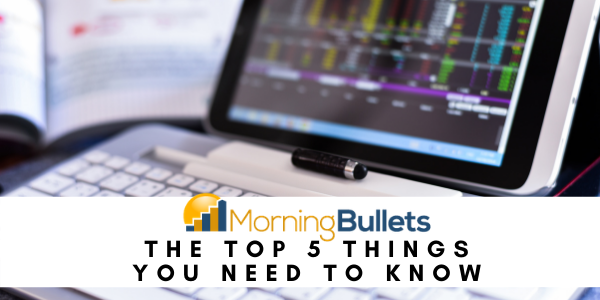 Before the market opened this morning, all three major benchmarks were trading in positive territory, with the Dow Jones Industrial Average up almost 3.6%, the S&P 500 climbing over 4.2%, and the Nasdaq soaring more than 5.4%.

Investors are anticipating the Labor Department’s look at January jobs and, after massive losses in December, economists are hopeful to see gains of 50,000 payrolls last month. They expect the unemployment rate to remain steady.

Meanwhile, this morning Democratic senators moved forward with its reconciliation process, which sidelines Republican lawmakers as Democrats push President Joe Biden’s virus relief plan forward. You can read more about the latest developments in the story below.

Also, Johnson & Johnson applied for emergency use so that it could become the third vaccine available in the U.S. to prevent the virus. An advisory committee for the FDA will discuss the drug later this month.

And finally, shares of GameStop saw slight gains this morning after a massive 42% loss yesterday. When the market closed yesterday, shares were going for $53.50 apiece, a mere fraction of the $483 record the stock set last week.

What else do you need to know?

How to get back the America we once had

What to expect from this year’s Super Bowl ads

This is why identity politics are destroying America

This is the latest stimulus package update 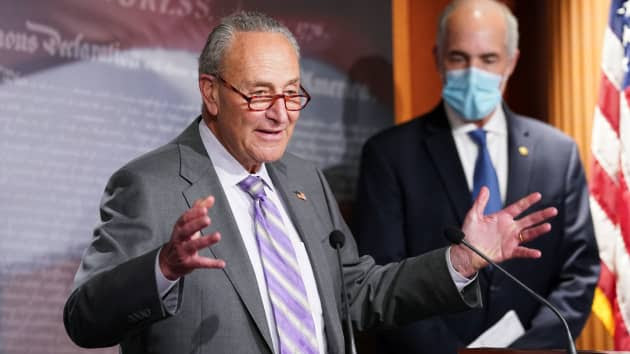 Though President Joe Biden has repeatedly said that he wants bipartisan support for his virus relief measure, his actions (and the actions of his party) say otherwise. Again and again, he has indicated that unity is not important to him, and this stimulus package is no exception.

The Senate just passed a budget resolution, another step in the reconciliation process that would enable Democrats to dump almost two trillion dollars into the economy without the support of their GOP colleagues.

Without this process, Democrats would need to earn a minimum of ten Republican votes to pass their plan. When a group of lawmakers countered Biden’s massive bill with their own, slimmer version, the president rejected it.

What are the Democrats attempting to pass in this bill, and what happens next in this process?