Today’s bonus requires you to take a look in the bonus articles below! Which two stocks are worthy of buying and holding forever? 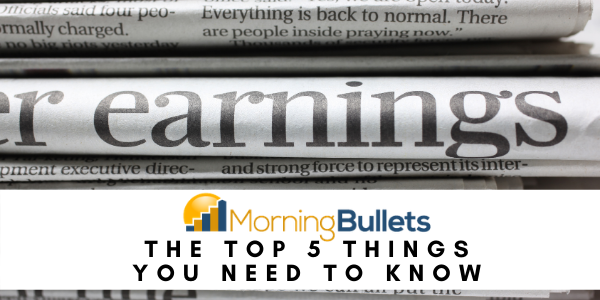 Stock futures pointed to gains this morning as investors readied themselves for a flurry of corporate earnings reports this week.

Already today, Johnson & Johnson and General Electric shared their latest financial data, and both companies saw shares of their stocks increase in response. Tomorrow, the big names to release reports are Apple, Facebook, and Tesla.

Today marks the first official day with Janet Yellen as Treasury secretary, following her official confirmation yesterday. Her department will be responsible for pushing through President Joe Biden’s $1.9 trillion relief package, though it’s already been met with quite a bit of resistance.

And Biden has said that he wants to vaccinate 1.5 million Americans per day, increasing his last goal by half a million daily inoculations. It remains unclear how, exactly, he plans to do this. The news comes as the strain of the virus that was discovered in Brazil has now been found in the U.S.

And Senators today are going to be sworn in as jurors for the upcoming impeachment trial against former President Donald Trump. The House charged him with inciting an insurrection on Jan. 6. What happens next on this front and what else should you know before you start your day?

How many jobs have been lost because of the Democrat lockdowns?

How much are short-sellers down right now?
This is why one preacher was locked out of Twitter

Wall Street wizards are making their confessions. Are you listening?

Yesterday Janet Yellen was officially confirmed to be the first woman to lead the Treasury Department. Already she has broken that barrier when she served at the helm of the Federal Reserve. In total, Yellen has now cleared five confirmations for government leadership positions.

Her confirmation on Monday resulted after an 84-15 vote. She follows Steven Mnuchin, who served as Treasury secretary during all four years of the Trump administration.

“Tonight the Senate can deliver an especially important economic judgment: Confirm Janet Yellen a fifth time and know that she will work with every single one of us to get our workers, our small businesses and all Americans from sea to shining sea back on solid economic footing,” said Senator Ron Wyden.

So what happens next for Yellen, and what are some of her top priorities?

38 stocks making moves in today’s pre-market session
The 84 biggest movers from yesterday’s trading
7 stocks you should keep your eye on today
This is when tax season begins this year
Why are liberals melting down about Trump now?
These stocks are so good, you’ll want them forever