Who offered this piece of investing advice?

“If you don’t study any companies, you have the same success buying stocks as you do in a poker game if you bet without looking at your cards.”

Airline stocks have not been this overbought in years, one analyst says 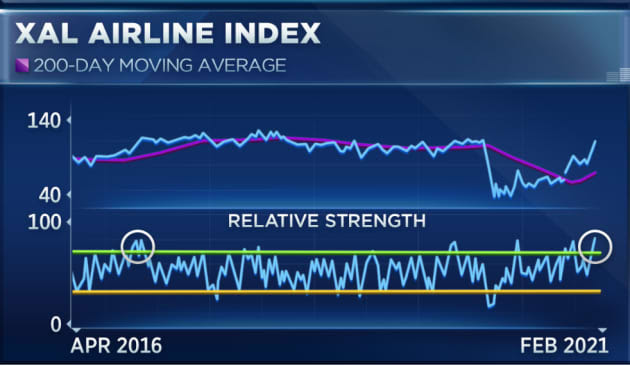 Airline stocks had been soaring before a sell-off earlier this week tempered some of those gains. Still, the chief market strategist for Miller Tabak says that airline stocks are overbought right now.

The NYSE Arca Airline Index has increased over 180% since its massive decline in spring of last year. That same index reflects gains of 30% in February alone.

“It’s getting the most overbought since 2016,” he said of airline stocks. “You’re starting to hear more concerns about the variants of the [virus] that may prolong this shutdown. If that takes place, then you’re really going to see these stocks come down even harder. But either way, they’re very overbought and I just think you want to avoid chasing them right now and rather look to buy them if they come back. But I think they’re going to have to come back quite a bit because they’re just so overbought on a technical basis.”

Why is so much of our pandemic relief money leaving the country?

Based on Fauci’s latest comments, the vaccine seems pretty pointless

Mike Pence turned down an invitation to attend the 2021 CPAC. What’s going on? 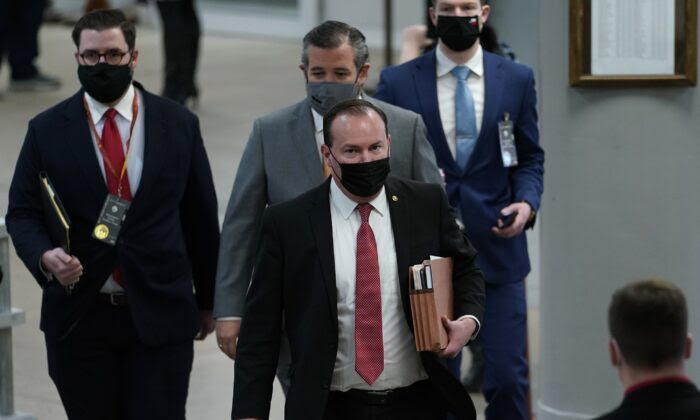 If you, like me, have been feeling apprehensive about posting on social media lately, you’re not alone. The Big Tech tyrants have arbitrarily censored content on their platforms, meaning that most prominent conservative voices have been silenced in recent weeks.

But a group of Republican senators are looking to change that with a new piece of legislation they are calling the PROMISE act (which you can read in full, here).

The acronym stands for “Promoting Responsibility Over Moderation In the Social-media Environment Act” and lays out a framework for Big Tech companies to be unbiased in their moderation of content.

Any platform that does not abide by the rules laid out in the bill would be subject to Federal Trade Commission penalties.

“The billionaires who own our nation’s Big Tech companies have every right to be partisan political actors,” said Senator Mike Lee, who is one of the lawmakers who introduced the legislation. “They do not have the right to tell consumers that they will provide unbiased platforms, and then use those same platforms to discriminate against Americans with opposing religious, philosophical, or political viewpoints.”

How is this latest development similar to how other governments are handling the Big Tech tyrants right now?

This group just launched an anti-Biden campaign
Tucker Carlson triggers CNN to prove his point
This is the pork that’s included in the stimulus bill
Why the media coverage of Joe Biden isn’t the same as previous presidents
Are you ready to be a peasant? How feudalism could overtake the American dream
How Liz Cheney keeps drifting more to the left in her bid to trash the GOP