Is the protesting and rioting narrative finally about to shift?

Is the protesting and rioting narrative finally about to shift? 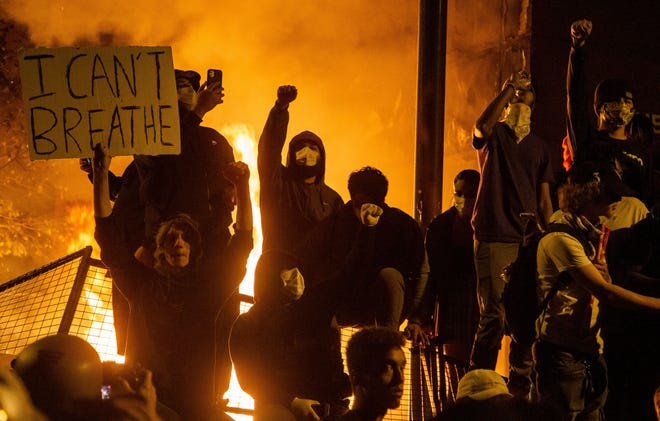 This whole edition is full of surprises that lead me to think that an important narrative in our nation is finally about to shift.

America has been ravaged by violence, destruction and protests that have raged on for months. While the events that lead up to these riots and protests are tragic, as new evidence and details emerge, it’s time for us to stop the violence and start a much deeper conversation.

The details that are coming out on the nature of George Floyd’s death indicate that if he had been found dead at home, it would have been labeled a fentanyl overdose open up a lot of questions. And the fact that there could be no clear tie to asphyxiation as the cause of death is pretty substantial, too. Ultimately, it was a horribly sad death that resulted from a whirlwind of causes and factors.

Similar details are unfolding in the recent shooting of Jacob Blake. As more and more is learned about the moments leading up to the shooting, the response is looking more and more justified. Yes, it’s horrible that Jacob will likely be paralyzed for the rest of his life. But we can’t just take criminals who resist arrest and make a series of really bad choices and then loot and riot and turn them into some kind of saints.

Sadly I fear that IF Democrats do finally come out and condemn the violence, it will only be because of the damage their silence and support is doing to them in the polls.

Why isn’t the Left outraged by this rampant racism?

What have we come to when something like this unfolds in Seattle?

8 Takeaways From Night 2 Of The Republican National Convention 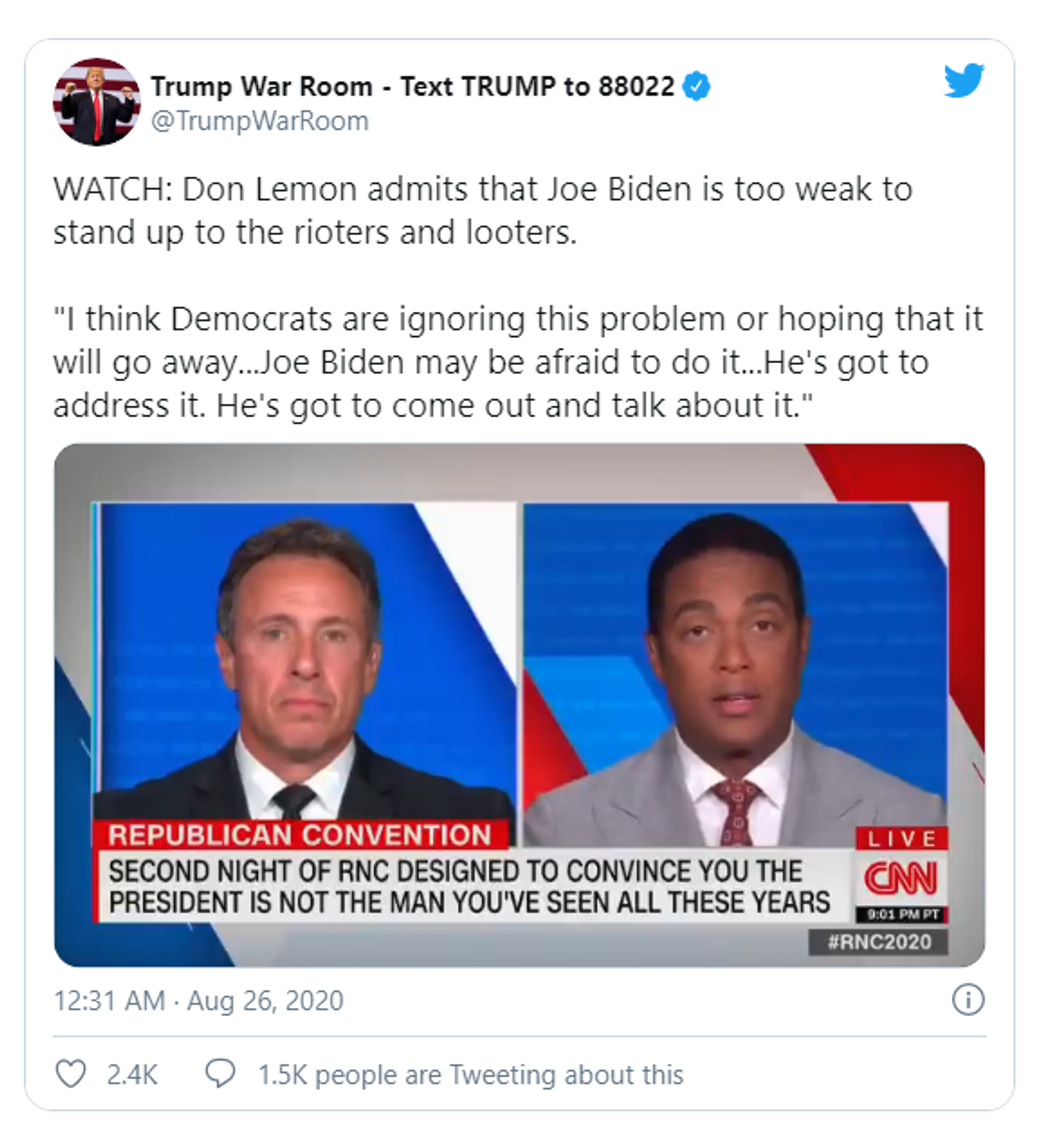 Well, folks, it looks like it’s finally dawning on Don – Democrats need to do something about the protests, riots, violence and destruction.

And they need to do it fast.

Sadly, I don’t think Don realized it because he’s worried about things like rule of law, personal safety or anything like justice.

He’s just worried because if Team Biden doesn’t step in fast, Democrats are going to lose a lot of votes. If you ask me, I think it’s going to cost them an entire election. Not to mention seats in the Senate and the House.

if you listen to the full exchange (clicking the image above will take you directly to the Tweeted video) he darn near sounds like he’s campaigning for Trump.

Biden is weak on the crime, protests and unrest. He’s weak on defending – not defunding – the police.

And yes, Don is absolutely right – Biden is afraid.

Will it take a mob beating on his basement window, demanding that he raise his fist to get him into action?

Or will he just raise his fist and cheer them on and go back to watching television?

What does Jacob Blake’s Mom have to say about all of this?

Hatch Act Hypocrisy is Raging in the Left

Very Useful – 25.05%
Note: Percentages are updated once per week on Sundays and include all feedback since inception.