Home Uncategorized I’m sorry – who did you say was to blame?
Facebook
Twitter
Pinterest
WhatsApp
“We didn’t choose to leave the Democratic party, the party left us.” 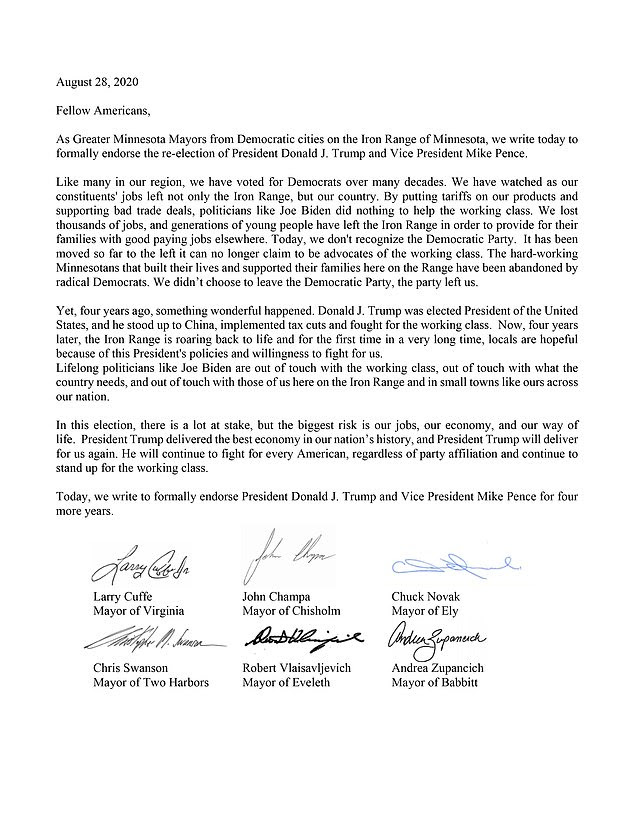 This is the story that absolutely NO Democrat wants you to read.

Let’s hear a little bit about what these former Democrat mayors have to say about what has happened to the Left:

“Today, we don’t recognize the Democratic Party,” the letter declared. “It has been moved so far to the left it can no longer claim to be advocates of the working class. The hard-working Minnesotans that built their lives and supported their families here on the Range have been abandoned by radical Democrats.”

“We didn’t choose to leave the Democratic Party, the party left us,” the mayors added. “Yet, four years ago, something wonderful happened. Donald J. Trump was elected President of the United States, and he stood up to China, implemented tax cuts and fought for the working class.”

So who are these brave souls who are no longer “shy” Trump supporters?

Why are these parents rallying by the hundreds in Massachusetts?

Is Elon Musk ‘absolutely out into space’ when it comes to his Mars colonization dreams?

Auto loan payments just surged to a new record – how does this impact you?

These are the investing risks you cannot afford to ignore

Is Elon Musk ‘absolutely out into space’ when it comes to...

Auto loan payments just surged to a new record – how...

These are the investing risks you cannot afford to ignore