Home Uncategorized If you have ten years, is it better to buy Apple or...
Facebook
Twitter
Pinterest
WhatsApp
Millions in Texas still don’t have power – this is why they are angry 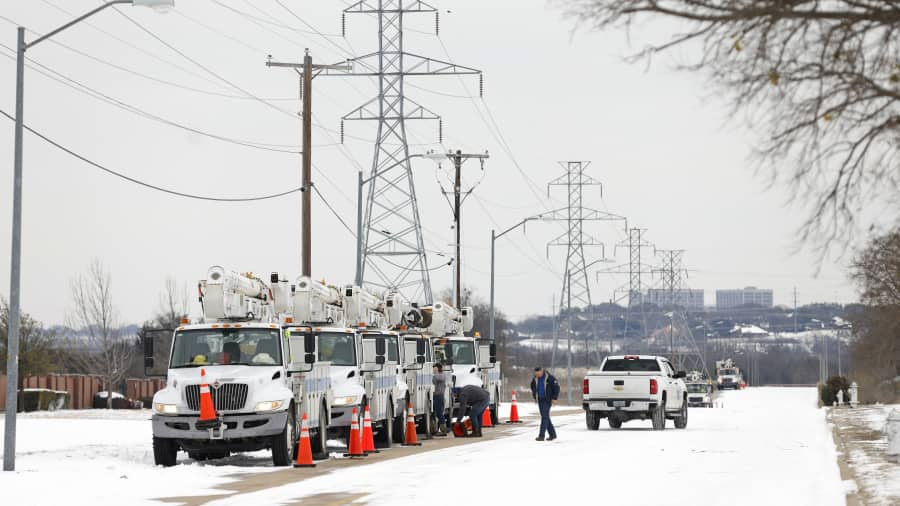 Millions of Texans woke up frustrated and freezing this morning as their electricity, and, therefore, heat, remained off in the middle of a major storm.

“I know people are angry and frustrated. So am I,” said the mayor of Houston, Sylvester Turner.

The power grid failed in the face of the massive snowfall and single-digit temperatures, and there is no certainty about when it will be fixed.

“We are very angry,” one resident said. “I was checking on my neighbor, she’s angry, too. This is a complete bungle.”

The outages have resulted in “several carbon monoxide deaths,” too, according to officials.

So far, the Federal Emergency Management Agency said that the state had sought 60 generators and opened 35 “warming shelters” that could provide relief to over 1,000 people. But two of those shelters also lost power.

So what happens now?

41 stocks making moves in today’s pre-market session
The 72 biggest movers from yesterday’s trading
5 stocks you should keep your eye on today
This is why expectations are not anchored in reality right now
If you have ten years, is it better to buy Apple or Facebook?
This is how businesses are being left behind right now