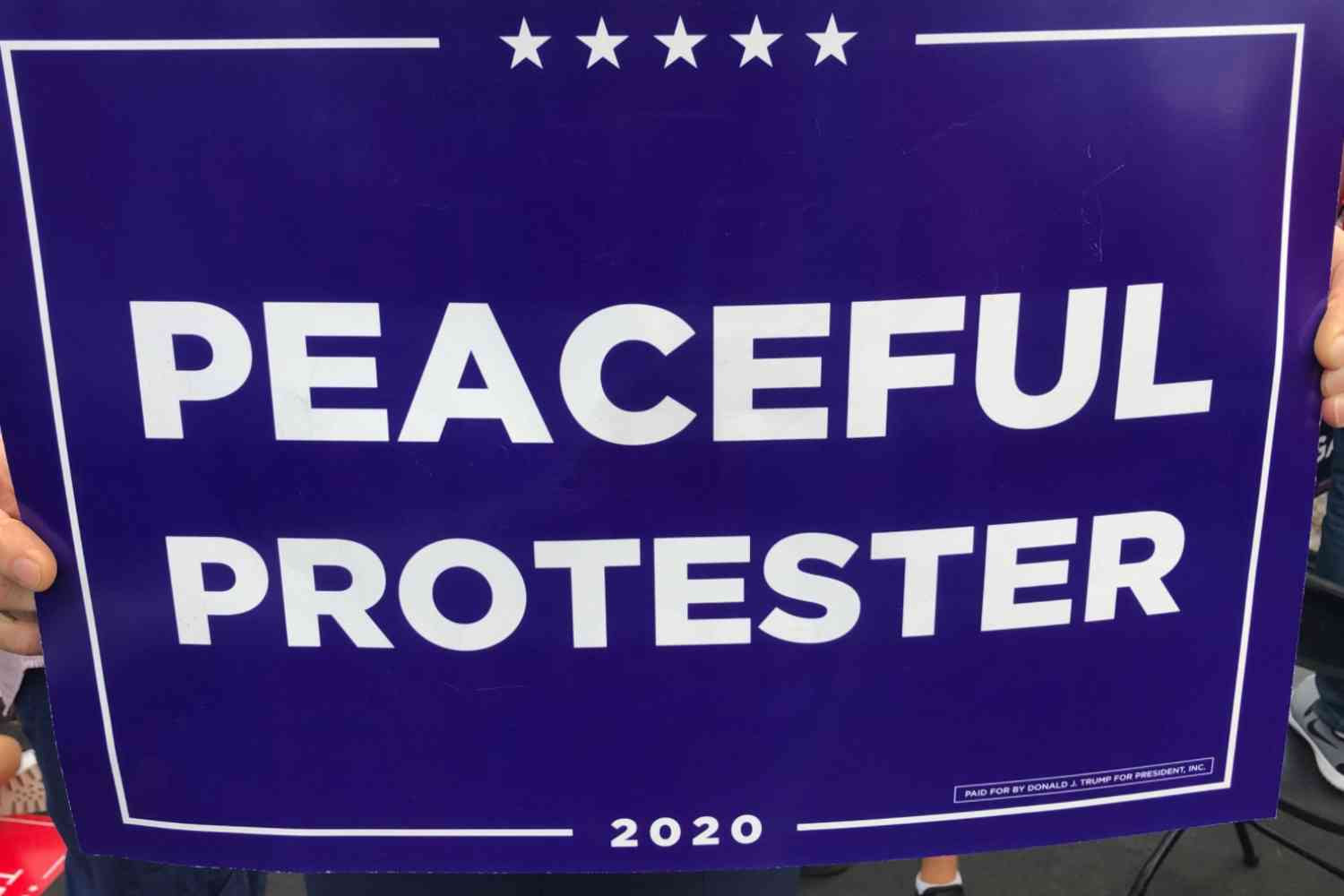 It’s an epic play on the growing division and opposition raging across the nation.

Speaking to a crowd of supporters, Trump quipped that he “decided to call our rallies peaceful protests.”

And it’s not just a slogan, it’s the truth.

After all, those of us that still have some common sense left and haven’t been brainwashed know that there is a serious struggle playing out in America today.

And everything we hold near and dear is at stake.

We are the Peaceful Protesters, and we won’t be silenced!

President Trump was just nominated for the Nobel Peace Prize – and it gets better!

Voting isn’t going to be enough – here’s what else we need to do
Is George Soros funding a Jesuit Vatican Coup?
Gee, I can’t imagine where they’re hiding these job gains
Here’s why Disney just sold its soul to China

Is This The Death Of Buy & Hold?

This “Memetastic Thead” Is The News You Need Today! The Left is a one-trick pony, and yesterday Drew Holden proved it.

See that meme up there? Not only is it 100% spot on for the Kamala and vaccine fiasco – it works for just about every thing the Democrats are doing.

Plaster your walls across social media with your favorite one and let the Left know we’re on to their little game.

Is this the time where Liberty University decides to get “woke?”

Films will now have to start meeting “diversity quotas”

Wow, Tucker Carlson really has the hook-up for leaked audio

Will the military join the next wave of the “Rolling Coup?”

Tesla’s price is now tied up with the world’s biggest digital currency – what does that mean for investors?

Tesla’s price is now tied up with the world’s biggest digital...