How much money is Biden setting aside for his global vaccination effort?

On this day in 1981, Ford shared that it had endured a huge loss during the previous year. Just how much money did the company lose? 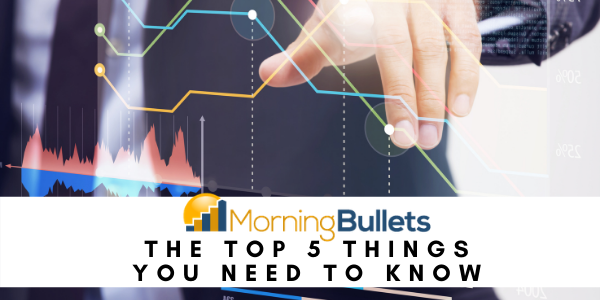 Stock futures rose this morning, after all three major benchmarks endured their worst performances of the month yesterday.

Yellen is again pushing for President Joe Biden’s big stimulus, saying “the price of doing too little is much higher than the price of doing something big. We think that the benefits will far outweigh the costs in the longer run.”

Democratic lawmakers hope that they can push this legislation through Congress in less than a month.

And Biden today will announce his plan to earmark $4 billion for international vaccinations (more on that story, below).

Also, during the much-anticipated GameStop hearing yesterday, the CEO of Citadel defended a controversial money-making practice.

What else do you need to be aware of this morning?

Here are your latest virus updates

Why do the Feds want to kick the NRA top lawyer off the bankruptcy case?

How cancel culture is empowering the corruption of legacy institutions

Here’s your latest update on the 5G revolution

How much money is Biden setting aside for his global vaccination effort? The U.S. will earmark $4 billion for the global vaccine effort, President Joe Biden is expected to announce today during a virtual G-7 meeting. The hope is that this commitment encourages other leaders to follow suit.

“This pandemic is not going to end unless we end it globally,” said an official. “But pandemics travel [and] the more disease that’s out there, the more likely we are to see additional mutations and variants.”

The funds that will be allocated to this effort were originally a part of the virus relief package that was passed by lawmakers in December, and officials are emphasizing that American vaccinations continue to be the “highest priority.”

“In addition to saving a lot of lives…it’s also the right thing to do from a national security and economic perspective to benefit everyone in America,” an official said.

What else should you know about the plan, going forward?

38 stocks making moves in today’s pre-market session
The 88 biggest movers from yesterday’s trading
5 stocks you should keep your eye on today
Should you open a credit card just to qualify for a bonus offer?
This is what you need to know about the big loss for Uber in the UK
Why is the Citadel CEO defending this wild Wall Street practice?