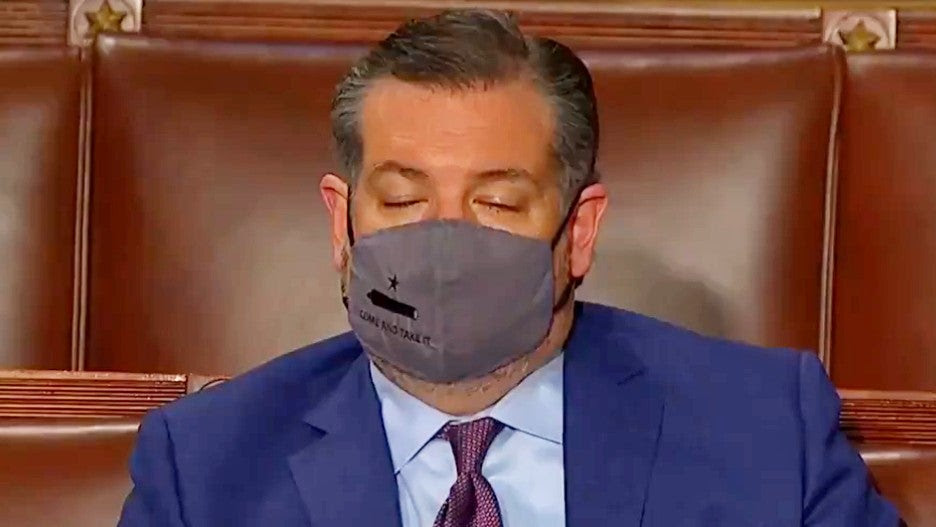 Senator Ted Cruz caught some flak for falling asleep during Biden’s boring address to Congress. But it turns out that he wasn’t the only one….

“I’ve got to tell you, most of the folks that I’ve spoken to here did not actually watch Joe Biden’s address last night,” Thompson told MSNBC anchor Hallie Jackson. “I’ve spoken to around a dozen folks and only two of them watched and listened to what he had to say last night.”

“Yeah, we’re seeing some of what Priscilla touched on there,” Barber responded. “About two-thirds of the people who we have tried to talk to here said they did not watch the president’s address — not necessarily because they were boycotting it or intentionally not watching it, they just went to bed, they had to work, they had other things. This wasn’t top of their to-do list, though many said they plan to catch up on it sometime today.”

For a President who claims the largest number of votes in recorded American history, something just isn’t adding up.

Here’s how that stacked up to both Obama and Donald Trump.