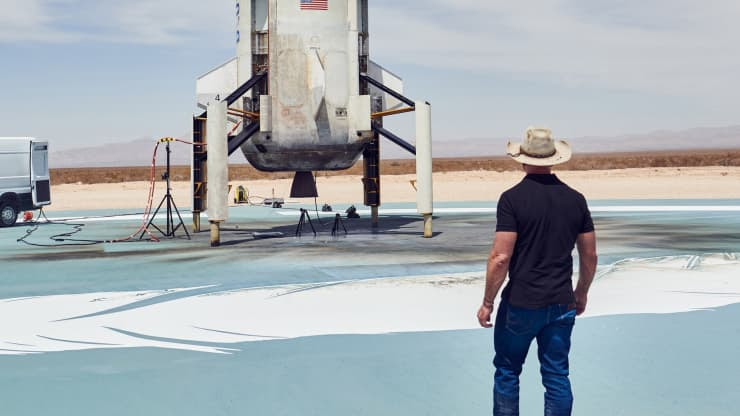 Amazon CEO Jeff Bezos announced that on the 52nd anniversary of the Apollo 11 moon landing, he and his brother will become the first-ever passengers on a Blue Origin spaceflight. They are right now auctioning off a seat for a third person to join them on the journey. As of this morning, the largest bid was $2.8 million.

“I wasn’t even expecting him to say that he was going to be on the first flight,” said Jeff’s brother, Mark Bezos. “What a remarkable opportunity, not only to have this adventure but do to it with my best friend.”

The spaceflight launches on July 20, and follows several successful test flights, without any passengers on board.

“To see the Earth from space, it changes you,” said Jeff Bezos. “It’s an adventure; it’s a big deal for me.”

22 stocks moving in the premarket

Clarence Williams III of The Mod Squad, has died at 81 years old