Biden’s had many failures, but this one will slam Dems at the polls 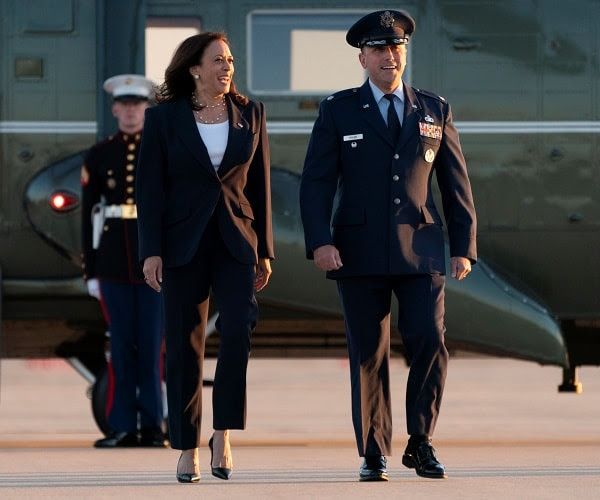 “Stay afraid, but do it anyway. What’s important is the action. You don’t have to wait to be confident. Just do it and eventually the confidence will follow.”

Harris denied this, but we all know she is lying through her teeth

Vice President Kamala Harris got herself into trouble, recently, for literally laughing when asked about her plans to visit the site of the border crisis that President Joe Biden created.

After former President Donald Trump announced his own plans to visit the border, however, Harris quickly scrambled to get a trip on her calendar — exactly one week before his.

The “coincidental” nature of her arrival in El Paso on Friday is lost on no one, but her office is defending the lie.

“This administration does not take their cues from Republican criticism, nor from the former President of the United States of America,” a spokesperson said. “We have said, over a number of different occasions — and the vice president has said, over the course — over the last three months, that she would go to the border. She has been before. She would go again. She would go when it was appropriate (and) when it made sense.”

Everyone just happens to overlook the fact that it only “made sense” after the former leader of this country announced his own trip.

The real reason that conservative talk radio thrives no matter what

Had the collapsed Florida condo actually been sinking for years and years?

How many US troops will stay in Afghanistan after this country’s withdrawal?

Biden’s had many failures, but this one will slam Dems at the polls

SEC Loophole Leads Elite Group Of Investor To Gains Of 1,829%

When most people hear the words “insider trading,” they think of Martha Stewart being hauled off in handcuffs.

But here’s the truth that most folks don’t know…

Some of the most powerful men and women in finance are actually protected from insider trading violations by a little-known SEC loophole. On Tuesday the 29th, veteran trader Ross Givens will show you how to legally follow the moves of those insiders!

Investors received an important inflation indicator yesterday that included some pretty dramatic data. According to the Commerce Department, that report pointed to a 3.4% increase last month.

The core personal consumption expenditures price index has not logged such a drastic year-over-year increase since the beginning of the 1990s, experts say. The spike likely reflects the economic explosion as businesses reopen, especially when compared to the despair of last year.

The Federal Reserve typically uses this report as a way to justify changes in monetary policy, though officials continue to reassure investors that the inflation increase is a temporary feature of the healing economy.

What else should we be paying attention to when it comes to this latest report?

What is the deal with the DOJ suing Georgia right now?

How is Giuliani reacting to having his law license suspended?

Is anyone surprised that cops are retiring and resigning in droves right now?